Through the updates and creative developments of social networking platforms, users have grown an advancing habit for constant representation on social media. The app most widely used for this persistent communication with the digital world is Snap Chat, which allows users to take
photos or videos which share where they are and what they are doing. The app directly sends the images to either groups of friends who use the app, directly to a friend, or to a story that documents 24 hours of what the individual user sends to it. The app also allows users to tag landmarks, the weather, their location, or a popular event that they are at if there are enough users present.

For example, some say that Snap Chat is a great way for celebrities to connect with their fans by revealing where they are if they want to hold impromptu meet ups. By constantly being engaged with the app, it allows users to stay on top of what their friends, favorite celebrities, or the companies they follow are doing. With Snap Chat’s growing popularity, some deem it the newest version of advertisement through its large engagement and how it’ elevating to become so much more than just a toy.

One of Snap Chat’s most useful factors is its audience of young consumers who are loyal to the app and check it consistently to see what their friends and followers are doing. At times of large scale events, engagement can be so high users can leave their reality and enter a virtual event by watching and engaging with present users filming and photographing events. Such events can be the Super Bowl, Miss America, the Olympics and other large scale events that are “Snap worthy”.

The app has also become competitive by creating “Stories” where the quirkiest, funniest, or most interesting snaps can be collected and shared live to all users. This popularity 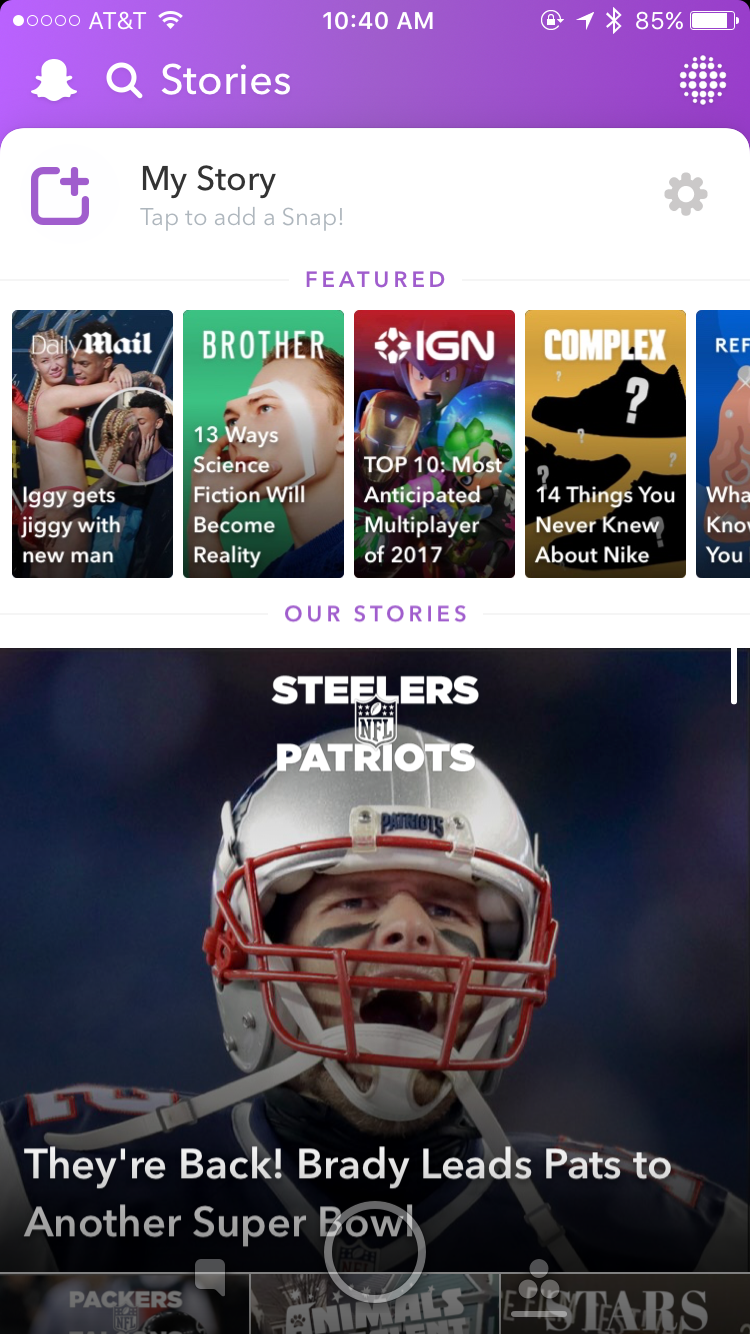 drives users to constantly film interesting things they see and publicly share their lives. Many do this in hopes of becoming famous or “trending” on stories like “L.A. Story”, or “Valentine’s Day”. For example, during the music festival Coachella, over 40 million users watched and added to the Coachella Story in hopes to be featured or see celebrity appearances. In a larger perspective, Snap Chat’s engagement is surpassing television and news because the user is in control of what they film and choose to include in their stories.

Research shows that the price of an advertisement on a Snap Chat timeline can range from $50,000 to $100,000 a day or during a large scale live event story such as the Super Bowl, up to $700,000. Another tool marketers are creating are filters that have logos or brand recognizable imag

es to advertise companies. For example, Taco Bell purchased a filter that made the user, when taking a selfie turn into a taco-faced creature with Taco Bell’s logo on the top. Another common filter seen is of newly released movies allowing you to become the main character through a personalized filter. A recently seen filter was of Wonder Women’s crown to advertise its release into theaters.

The last thing commonly praised by marketers is Snap Chat’s ability to be authentic and create a space to be funny, honest, unique and creative. This is why so many celebrities and businesses use the app to capture their daily lives and portray what they do without the threat of permanent presence on their social media accounts. Viewers also love this type of real engagement because they can view celebrities stories identical to how they would view a friend. This ability works to create a media-based relationship between users. Often celebrities will film themselves saying good morning to their viewers and asking what they are doing today. By engaging with who’s viewing their stories they can make viewers feel a presence from their idols. Snap Chat eliminates abilities to create perfect or unrealistic media seen on other social media networks and instead creates an avenue for creativity and authenticity.

About the Author: Stacy Walden